Search here and hit enter....
Home  ›  Want
Home Want You want to buy my house? Not so fast... - BayStateBanner

You want to buy my house? Not so fast... - BayStateBanner 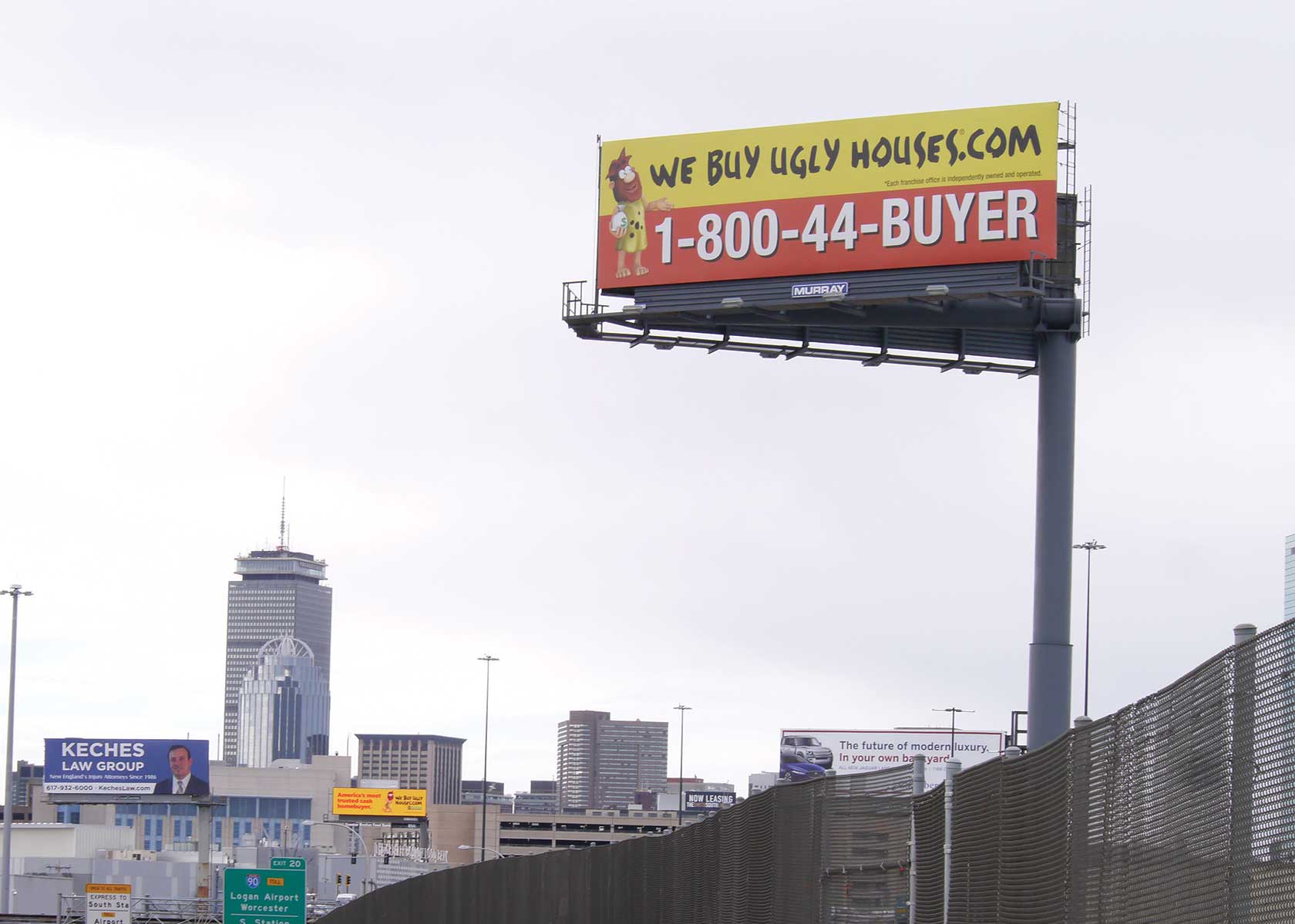 Cash buyers such as Homevestors, which is known by its “We buy ugly houses” billboards, typically offer between 60 and 70% of the market value of a home. BANNER PHOTO

Every day, scores of Boston homeowners receive phone calls from cash buyers looking to make a quick buck in Boston’s overheated real estate market. Cash buyers, such as the HomeVesters firm that posts the “We buy ugly houses” billboards throughout Boston, typically pay 60 to 70 cents on the dollar of a home’s actual value in the real estate market.

Last week, I received a call from an agent named Kay, who offered to buy my Roxbury two-family home. She identified the company she worked for as Homebuyers.

“We’re just local cash buyers in the area,” she offered.

I have no interest in selling my home. But as a reporter who has written about cash buyers, I was curious about what Kay would offer me for my home. While two-family homes in Roxbury regularly sell for north of $800,000, Kay gave me a substantially lower number.

“But we do cover closing costs and fees,” she offered.

Kay cited the fact that renovations to my home’s kitchens and bathrooms were nine years old and the home’s lack of a central air conditioning system as justification for her low-ball offer.

“Is something wrong with the numbers?” she asked after a prolonged silence on my end of the line. “What is there to think about?”

Ask a real estate broker and they’ll tell you there’s plenty to consider before selling your house to any of the numerous cash buyers who regularly phone homeowners in Boston’s neighborhoods.

“It’s her job to show you the flaws in your home to drive the price down,” said Vernon Barsatee, who represents buyers and sellers through his firm VSR Enterprises.

What about the lack of air conditioning?

“It’s not a necessity,” Barsatee said. “Her job is to make you feel like you have an inferior product.”

In Boston’s predominantly Black neighborhoods of Roxbury, Dorchester and Mattapan, where home values have more than doubled in the last 10 years, cash buyers may be banking on uninformed or desperate sellers.

“They’re fishing in the neighborhood,” said Barsatee, who lives in Roxbury.

“It frustrates me,” she said. “Our elders are falling victims to this stuff. It prevents them from passing on intergenerational wealth.”

Real estate agents and investors commonly purchase phone numbers of owners that have owned property for over 10 years in hopes that they don’t want to make renovations and are willing to sell for cash quickly.

“There are plenty of people in the real estate game making those same calls every day,” she said.

Maureen Flynn, deputy director of the Boston Home Center, a city of Boston resource center for homebuyers and homeowners, advises people considering selling their homes to use a broker licensed in Massachusetts, as they have an obligation to work in the best interest of their clients.

It’s also in their self-interest to get you the best price for a property, as their commissions are a percentage of the sale price, Flynn noted.

“My fiduciary responsibility is to get the highest and best offer,” Barsatee noted.

Barsatee said brokers will often help sellers maximize their sales price by making improvements to a home, if they’re not under pressure to sell quickly.

Flynn said homeowners can also call the Boston Home Center at (617) 635-4663 for information on how to sell their home.

A basic rule of thumb Flynn advises homeowners to follow:

“If someone’s coming to look for you, it’s never as good a deal as when you’re looking for them.”